Portfolio > 2 D or Not 2 D: Danish Artists Flirt with Space

Essay for the traveling exhibition

Much of the discussion that has taken place over the past 50 years about visual art has identified “space” as its primary concern. Clement Greenberg was a champion of flatness, Michel Foucault spoke to verbal diagrams, and Rosalind Krauss was making a case for sculpture to be understood in an “expanded space”. The various ideas related to the notion of how space is interpreted are also of concern to artists themselves and not only critics. Through the widened definition of space, we can trace a history of artists such as Jackson Pollock, Lucio Fontana, Donald Judd, and even a performance artist such as Vito Acconci, all exploring different notions of what the concept “space” constitutes in art today and how it is created. Early in the 1980s, Frank Stella proposed in his book, Working Space, that contemporary art and specifically abstract painting was very limited in the type of space that it created. Stella states, “after all, the aim of art is to create space-space that is not compromised by decoration or illustration…This is what painting has always been about.” To understand the many developments in painting during the last twenty years, Stella’s views are a good starting point. In creating places and things that belong together, what is plastic must hold a very special position in relationship to emptiness, the specificity of the place. Modernist art has understood the painting as a search for the absolute; “Flirting with Space” offers skepticism about absolutes and is presented to engage contemporary discourse about painting.

For the Danish artists invited to participate in this exhibition, how and why space is created on a two-dimensional surface continues to be a central concern. The artists are bound together conceptually, each engaging in a discussion with their media and format of choice, often working in a mutually dependent arena between sculpture and painting, using the traditions of one medium to open insights into another form. Today, when we are told that the future holds primarily digital, virtual and electronic realities, these artists have spent the last ten years playing with the physicality of the object, succumbing to the desire to touch the surface and delight in the possibilities of color. The work is not created in ignorance or cynicism of the current climate, merely stubbornly insistent upon play and curiosity. Most employ a wide variety of techniques, many based on printmaking. The images shift scale, move from gesture to illusion, from serious formalism to comic strip lightness.

Do we live in a culture defined by fact and materiality? Most definitely, but is not only the materiality that Pollock knew. Our technology encompasses typewriters and computer screens, film and the single photograph, the virtual as well as something tangible and physical. But there remain artistic options. The artist can create work that incorporates the technology and relies on electronic media. The artist can take an escapist stance and retreat into themselves, thus creating something of an otherworldly beauty. Or artists can take the traditional forms of art that they have been trained in and create work taking into account the impact of contemporary life along with the habits of vision and touch that the culture has handed down to us. All of these artists are connected to a tradition and yet are prepared to say that painting is not dead and that it remains an option to paint as well watch a DVD, think and speculate as well as decorate. 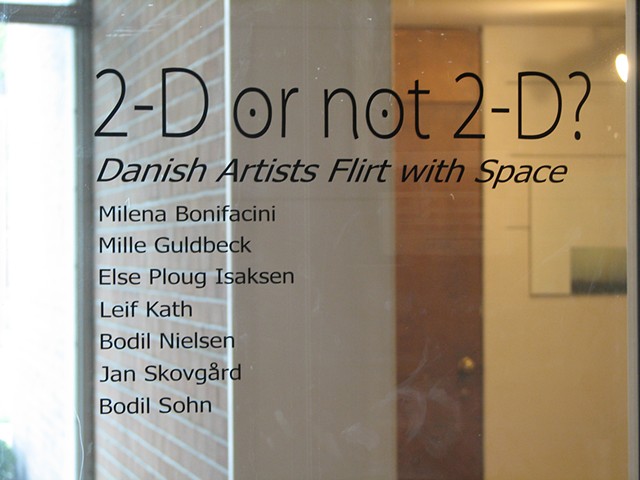 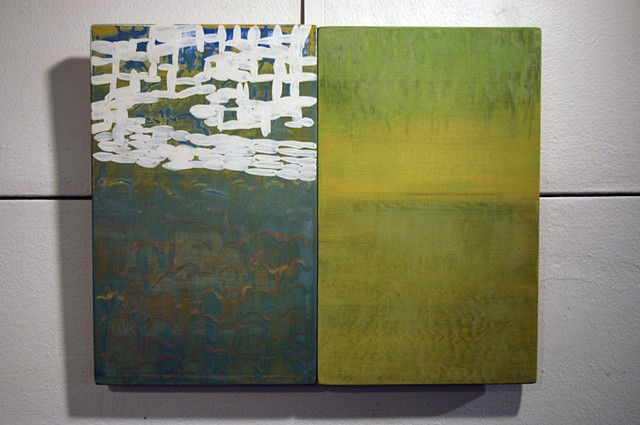 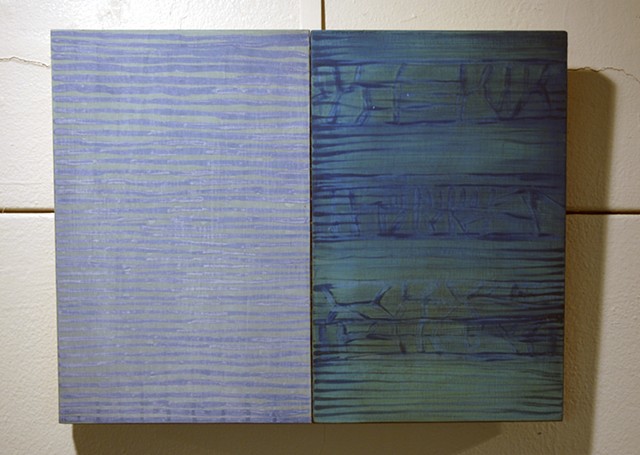 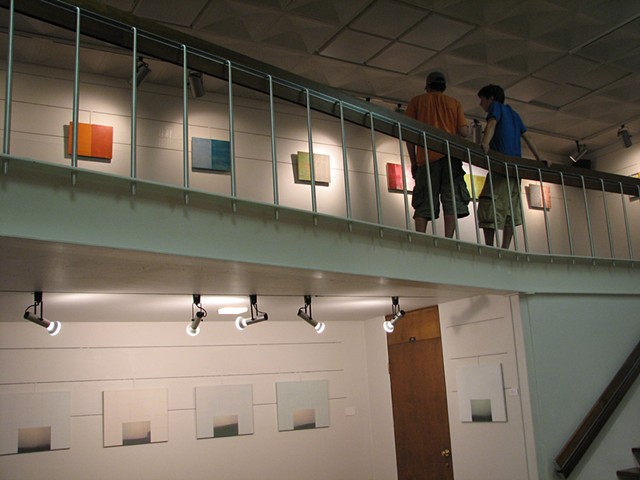 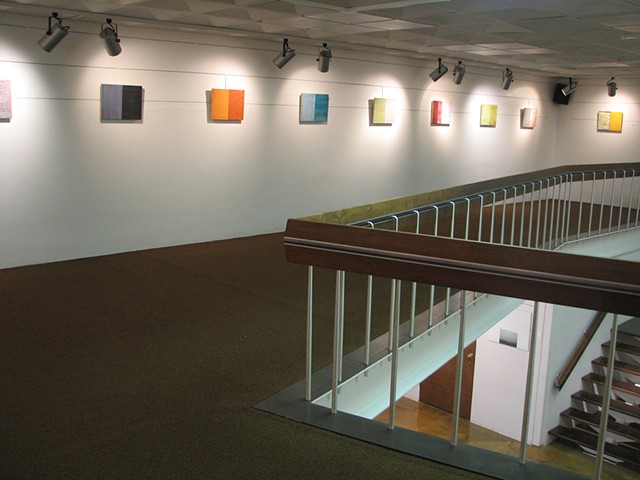 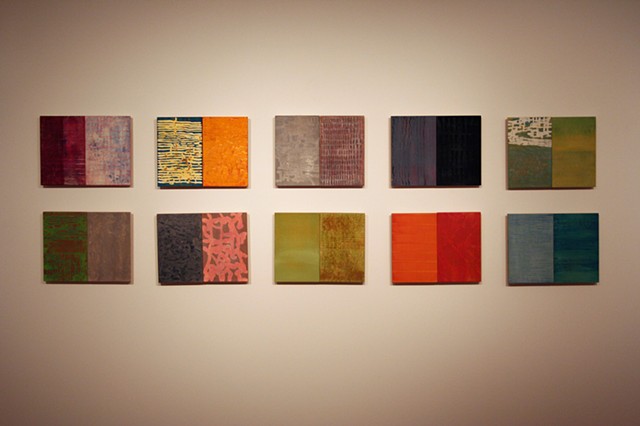 Flirt with space, University of Central Missouri
Glue and raw pigment on panel
13" x 17 " each 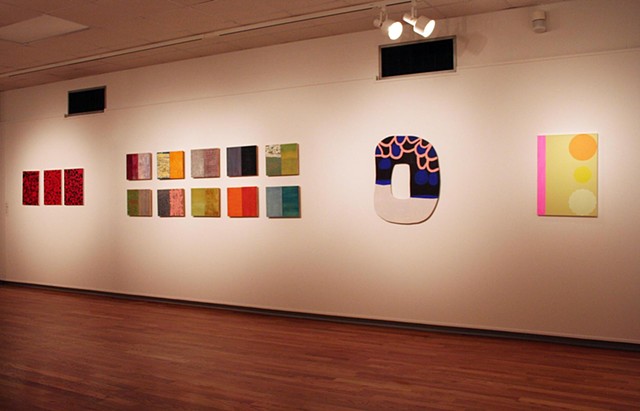 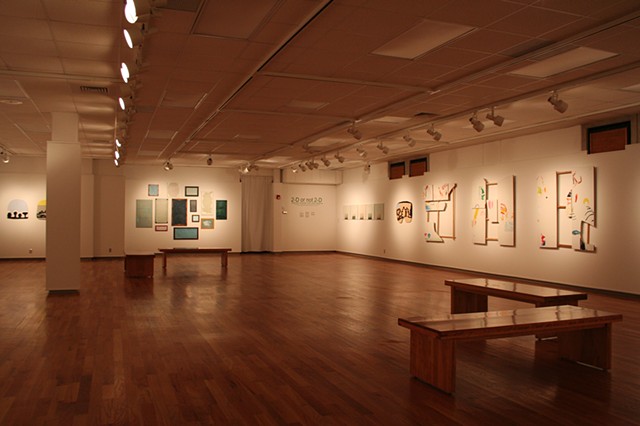 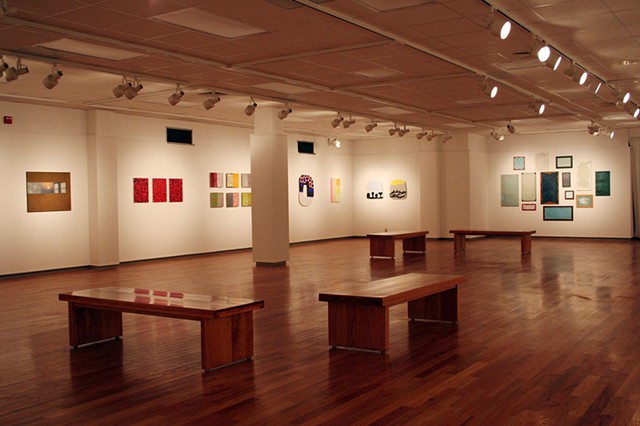 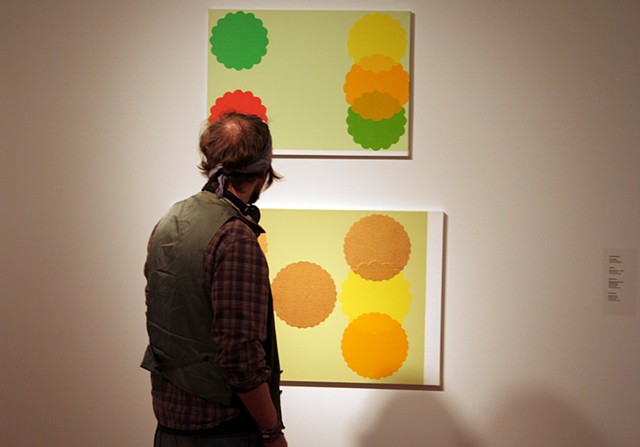 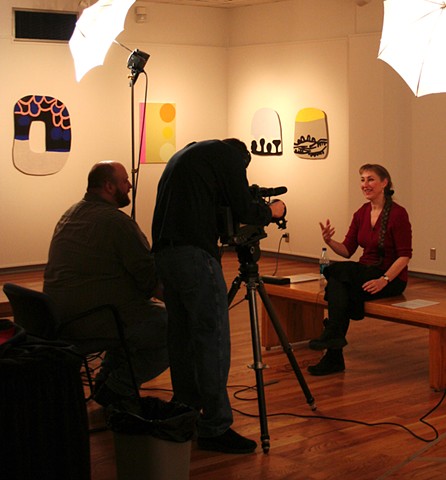 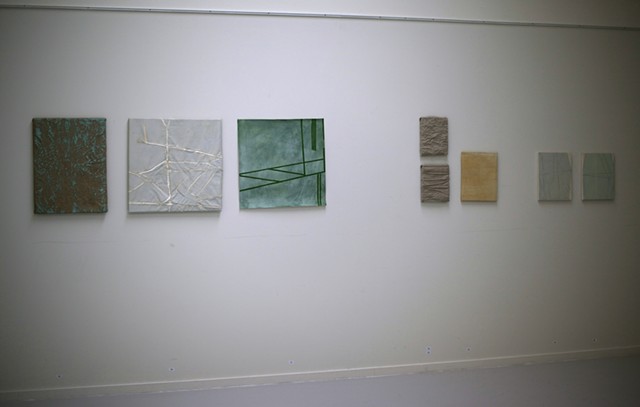 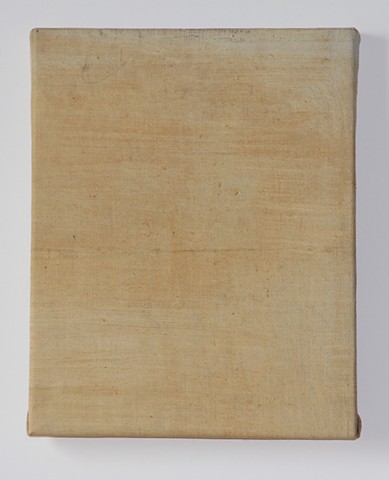 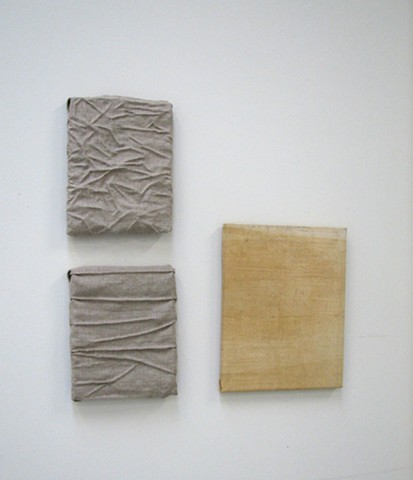 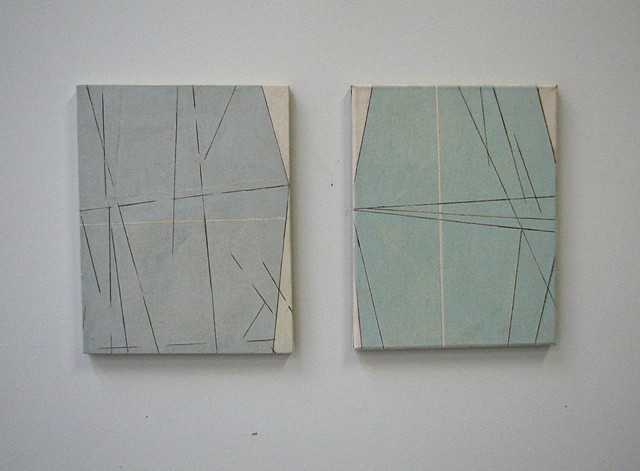 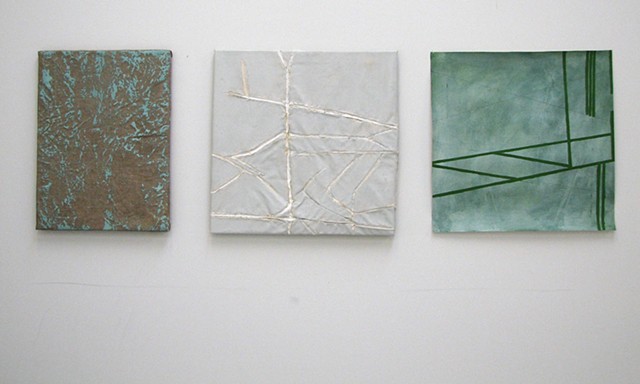 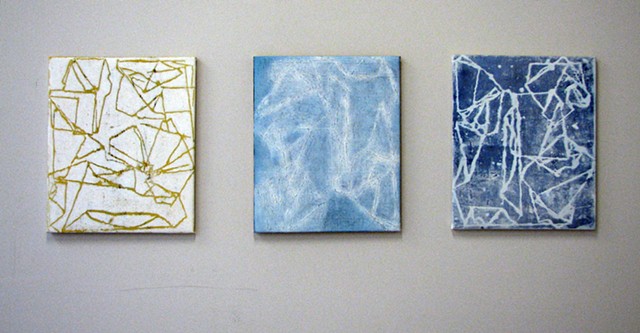 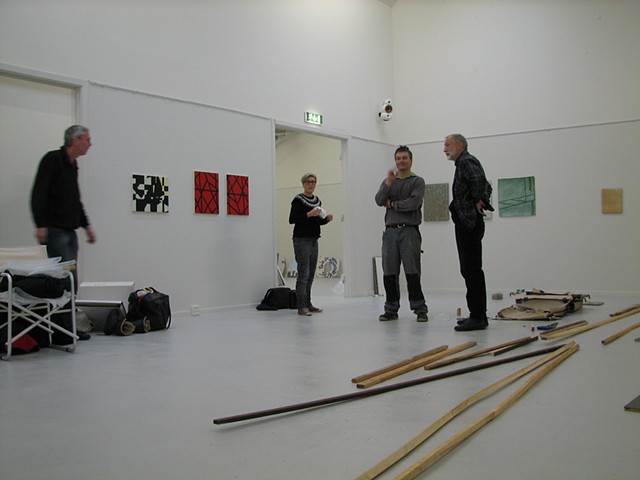 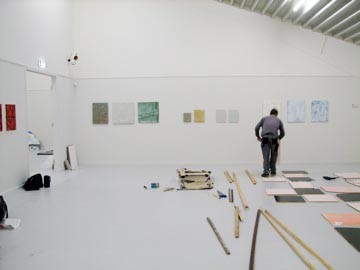